Ninety-eight professional and amateur golfers took to the fairways of the Karratha Golf Club for the CITIC Pacific Mining Karratha Pro-Am yesterday.

It’s the second year CPM has proudly sponsored this growing local event, which is part of the national Ladbrokes PGA tournament.

The field of players this year included legendary Australian golfer Peter Lonard and New Zealand’s Michael Long, but it was WA’s Braden Becker who won with a round of 4-under 68.

Karratha Golf Club President Gary Rayson said it had been a great day in sunny albeit slightly windy conditions.

“It was great to see the warm and friendly relationships built up over the day between professional and amateur players,” he said.

Gary commented that it was pleasing to have so much local support for the event. 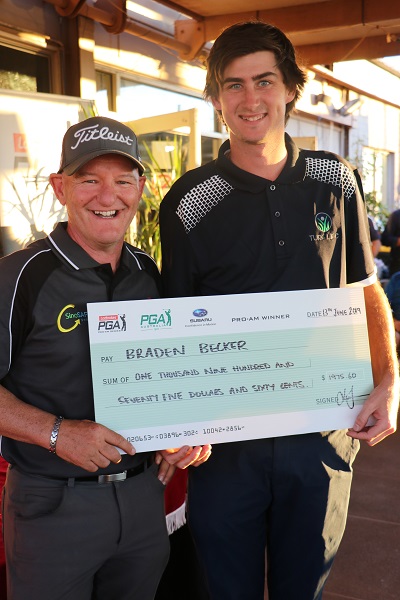