After making the week-long journey up the WA coast from Fremantle, the new crew transfer and pilot vessel, Ardea, has arrived at Cape Preston, officially starting work yesterday.

The $4.5 million, 21-metre-long aluminium offshore catamaran was built over nine months by Evolution Commercial with a team of 89 local tradespeople and workers in Henderson, WA.

The Ardea is capable of carrying 31 passengers and four crew at 22 knots, and will be critical in the streamlining of port export operations.

The transhipping operations at Cape Preston, a first for WA, involve loading magnetite concentrate onto barges which are towed to deeper water where the loading/unloading facility transfers the product onto larger bulk ore carriers, for the journey to overseas steel mills. 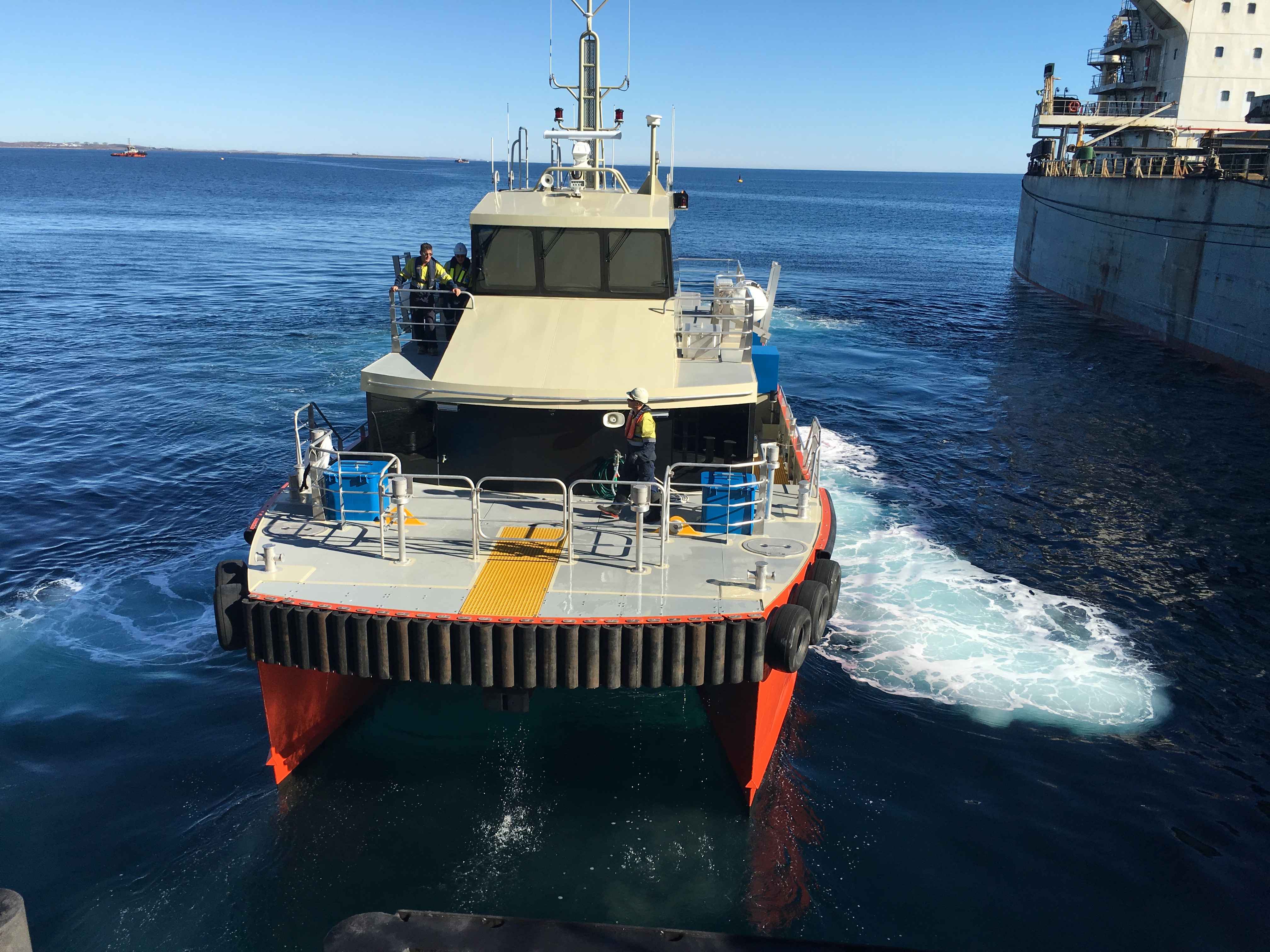